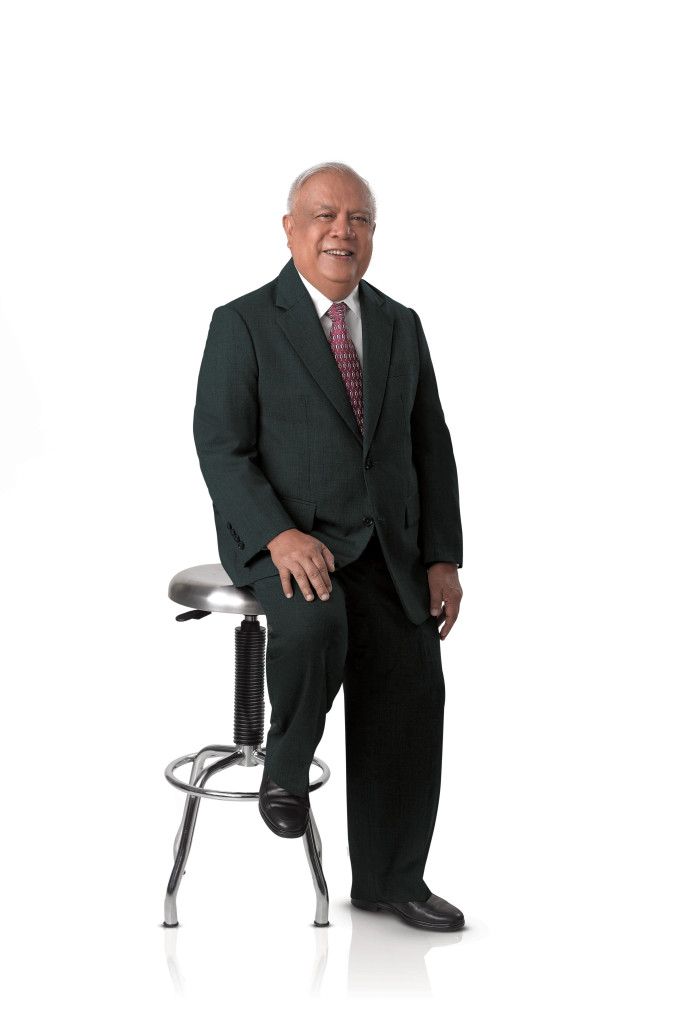 “At the outset, I would like to express my heartfelt thanks to our clients, for your abiding trust and confidence in our firm throughout these years entrusting us with the handling and representation of your legal matters; to the Chaplains of the Apostleship of the Sea, for choosing our firm to be your partner in the advocacy of fighting for and protecting the interests of our seafarers;  and to the partners, lawyers and staff of SVBB, for your excellent work protecting the interests of our clients.  We also extend our appreciation to all those who played a valuable role in helping us accomplish our goals, including our families, relatives and friends.

Allow me to share with you snippets of information, from my personal point of view of the character and personality of my partners.  I will try my best to paint their profiles as objectively as I can.

Due to the strong lobby of our staff, who knew of his excellent work ethic, Atty. Augusto R. Bundang was the first lawyer I appointed as partner when I took over the management of the Firm on January 2000.  Atty. Bundang paid his way through law school at the Ateneo de Manila by teaching  at AMA Computer College from 1985 through 1988.  After he became a lawyer, he taught at St. Scholastica College from 1991 to 1995.  In 2001, he started teaching labor and IP law at the De La Salle University and business law in 2015 at Letran Graduate School.  He has excellent writing ability, which he must have developed when a college student at Ateneo de Manila.  His writing skills landed him a job as columnist of the Business World for several years.  He is a trustee of a school for children of the very poor known as Food for Hungry Minds School.

His leadership qualities are a proven fact.  Atty. Bundang was president of the Maritime Law Association of the Philippines (MARLAW) and Intellectual Property Alumni Association, Inc. (IPAA).

Atty. Bundang assists me in the management of the firm.  In our practice, we encounter situations where the boundaries that separate right from wrong become blurred.  In such a case, I would seek the counsel of Atty. Bundang who is predictably cautious and tutored by the Jesuits to rely on right reason to choose solutions that do not distort truth and are not immoral.  Rest assured dear clients that in these situations we will consult you first before making our decision.

Not unlike Einstein, Atty. Neptali L. Bulilan, a Mechanical Engineer, used to be a patent examiner at the Bureau of Patents, Trademarks & Technology Transfer (BPTTT), the predecessor of the Intellectual Property Office (IPO).  While a patent examiner, he studied law and passed the bar on his first attempt.  For a working student, this was exceptional.  Maybe, it was because reading decisions of the Supreme Court was fun compared to reviewing mind-boggling technical descriptions of inventions applied for patenting.  He belonged to the mechanical division charged with the processing of patent applications relating to inventions and industrial designs in the mechanical and electronic fields.

Filipinos do not know much about the rules on patenting their inventions.  With his likeable personality, it was not difficult for Nep to explain in layman’s language that to be patentable, their inventions must be new and inventive, which often they are not.

To promote science and technology, Nep and I recently signed a MOA with DOST appointing SVBB to handle some of the patent applications of DOST scientists.

The IP department which Nep heads remains the most productive in the firm.

Atty. Romeo H. Duran is a classmate of Atty. Bundang at the Ateneo law school.  A true blue Atenean, he finished his elementary, high school and undergraduate studies at Ateneo de Manila.  One of the best breaks for SVBB was that moment when Atty. Bundang, by chance, met Omy in one Sunday mass who then invited him to join SVBB.  At that time, he was Principal in Punongbayan.  Since he joined us about 9 years ago, the corporate and immigration department has grown by leaps and bounds.

One of his major accomplishments relates to the giving of legal guidance to a German logistics company to restructure its organization for the purpose of establishing an affiliate with Filipinos owning the majority of its stocks.  The Filipino affiliate can then freely transport goods from Manila to Cebu, Davao or other cities in the Philippines which its parent company could not do because of the restrictions of the law on foreign-owned logistics company.

These days, there is lightness and spring in his steps and a smile on his face.  Why?  Because Kim Henares is gone from the BIR.  The Board of Tax Management Association of the Philippines (TMAP), of which he is a member, asked her repeatedly to reconsider the burdensome circulars she issued.  Their efforts went to naught.

Atty. Duran has the Spanish mestizo look so it seems incongruous that among us partners, he is considered the most pious. However, like St. Thomas More, he is a man for all seasons.  He loves to play golf and eagerly looks forward to our weekly Friday Club sessions where he partakes of good food, red wine or San Mig Light.

Atty. Romeo B. Fortea, who is a “batang Mandaluyong”, has an outgoing personality and charm that makes for a good litigation lawyer.  For three years he practiced law as a general attorney in the Office of the Judge Advocate Staff of the United States 13th Air Force based in Clark Air Base.  After the eruption of Mt. Pinatubo, he and his family relocated to Cagayan de Oro where he honed his litigation practice for 17 years.  Like other provincial litigation lawyers, he appeared in court almost every day. Impressed by the way he successfully handled the death claim cases we filed against Super Ferry 14 that got burned at Manila Bay sometime in 2004, he joined SVBB in 2008 on our invitation.

In general, lawyers avoid litigation practice like a plague.  Our legal system which is anchored on the observance of due process, which means that contending parties be given their day in court, slows down litigation proceedings so much that lawyers, to put it plainly, find no money in litigation cases.

Romy, as we call him, possesses the patience and tenacity to overcome these difficulties.  He keeps his cool under stressful circumstances.  The enforcement cases which we handled on behalf of a giant pharmaceutical company against those selling fake pain relievers known as Arcoxia, are cases in point.  In every enforcement case, we give ourselves only 24 hours from the filing of the application for the issuance of the writ of seizure, and the conduct of the raid on the target stores or warehouses. Speed is imperative to eliminate the chances of the targets being tipped off beforehand.  Atty. Fortea and myself were visibly stressed, but because more than P10 million worth of fake Arcoxia was seized, all that stressful and difficult work became worthwhile.

Atty. Dennis R. Gorecho, who obtained his law degree from the University of the Philippines heads our seafarers department.  He has taken to heart SVBB’s vision of becoming a champion of seafarers’ rights.  Suits for recovery of damages for death, injury or illness of seafarers against shipowners, its local agents and insurers would seem, as the cliché goes “a walk in the park”, because of the legal rule that in case of doubt, labor laws should be interpreted in favor of labor.  Unfortunately, this is not the case.  The shipowners who provide jobs to our seafarers use this advantage and their vast resources to influence our lawmakers and administrators to make laws, regulations or decisions favorable to them.  Thus, in the case of a claim by the seaman who has lung cancer for total disability, the Labor Arbiter dismissed it on a technicality, saying it is not one of the occupational diseases listed in his POEA-approved contract with the employer, disregarding the opinion of the physician of the seafarer that his illness was aggravated by his heavy physical work on board therefore, it was work-connected.  On the other hand, we also win in some cases.  For the loss of three fingers, the seaman claimed the maximum amount because he is no longer fit to work.  The Labor Arbiter agreed, but on appeal, the NLRC Commissioners reversed, the Court of Appeals sided with the seaman, but the shipowner appealed to the Supreme Court where it is pending.  Since it was initially filed, 8 years have lapsed.  This shows how our system makes the life of the seaman very difficult.

We are inspired by Atty. Gorecho’s passion to obtain justice for seafarers.  He spends long hours delivering lectures in Luneta and the provinces, giving radio interviews, or writing articles to inform seafarers of their rights under the law.  So we carry on against all odds, knowing that lawyering for the poor and exploited seafarer is doing right by God’s commandments and our lawyer’s oath.

These are my partners, ladies and gentlemen.  I am proud of them.  They are men of integrity whose accomplishments and experience in the practice of law are outstanding.  We respect each other and enjoy one another’s company.  Our partnership having passed the test of time is growing stronger as the firm aggressively moves forward to grab the opportunities that are multiplying under the Duterte administration.

We seek God’s help and your prayers as we embark on this noble mission.

Service With a Heart and Driven to Challenge Change, SVBBs motto, captures succinctly what we are, our culture and values.  By this we mean that we will protect our clients’ interests with sensitivity, care, and attention.

The second part suggests that as an IP law firm, we have the dynamism to adopt to the rapid technological changes occurring today that directly affect our IP practice.  Have you read about a gorilla that used a smart phone to do a selfie?  This went viral on the internet months ago.  Copyright law would give the copyright on the photo to the photographer who, in this case, is a gorilla.  Is this the correct interpretation?  Yes and no.  Yes, because the gorilla as photographer is the creator of the photo.  No, because he is not a “natural person” as required by the definition of “author” under the law.  It is clear that our current copyright  law did not anticipate the invention of the smart phone which would allow even a gorilla to take a photo of himself.  To update the law, we should simply delete “natural person” from the definition of “author” so even gorillas or humanoids can qualify as “author”.

Definitely, these technological changes pose a lot of challenge to IP law firms like us.  To keep abreast, or even better, stay ahead of these developments, we should hold seminar workshops regularly on new technologies such as nanotechnology, cloud computing and, maybe, bio pharmacy for our lawyers and staff.

Change, indeed, is the rule of the day, but our basic commitment and obligation to protect the interests of our clients remain constant.  As good lawyers, we will carefully balance contending interests to reach fair and just results, and always staying within the bounds of the rule of law.  We reiterate that SVBB is committed to perform this noble task with excellence and professionalism for the good of our clients and society, more than for personal profit or gain.

Thank you and enjoy the rest of the evening.”